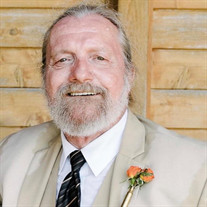 Lawrence “Larry” Paul Nicholson, 68, of Tucson, Arizona passed away on March 16, 2021. Larry was born in Quincy, Massachusetts on June 8, 1952 to Lawrence “Larry” S. & Pauline R. Nicholson. He graduated from Franklin Senior High School in Franklin, Massachusetts in June of 1970. He went on to enlist in the Air Force and was honorably discharged in February of 1971. Larry then completed trade school for automotive mechanics and moved west to California in the mid-seventies. He lived in Southern California, in the San Diego area, until he moved to Tucson, Arizona in the nineties. He is survived by his daughter, Amanda (Dave) Supancheck; son, Mark (Nicole) Dennis; 6 grandchildren, Nicholas (2) and Braden(5 weeks) Supancheck, Devon and Alexia Blakes, and Kaiya and Mason Dennis; sisters Pam (Paul) Reuter and Gail Nicholson; niece and nephew, Shari (Mike) Levesque and Jay (Brenda) Reuter; Nieces, Genevieve and Madeline; Aunt, Jacqueline Nicholson; ex-wife and lifelong friend, Carole Nicholson; longtime friends, Andy Devine, Ron Holtz and Melissa Hart, Dizzy, and Carl Pap and Marilyn Fox. He is preceded in death by his parents, Lawrence “Larry” S. & Pauline R. Nicholson; Girlfriend, Cathy Moore; Uncle, Frank Nicholson; Aunt, Barbara Nicholson; and his beloved dog, Honey. Larry was a loving father, grandfather and a loyal friend. He was an avid motorcycle and car enthusiast. And a skilled mechanic. Larry loved the open road and drove everywhere, including a trip to all 4 corners of the United States on his Harley with his best friend Andy. He will be sorely missed by everyone that knew him. “If Larry was your friend, he was always your friend.” There will be a small celebration of life scheduled in the future.

The family of Lawrence Paul Nicholson created this Life Tributes page to make it easy to share your memories.

Send flowers to the Nicholson family.