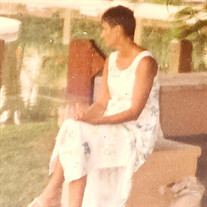 On July 12, 2021, while surrounded by loved ones at home in Tucson, AZ, Cindy Lee Stewart, nee Wolf, 74, departed this life to join her beloved mother and father, Augusta Lee (Knox) and Clayton R. Wolf, Sr. in heaven. Formerly of Fostoria, Ohio, Cindy was born on March 30, 1947. She graduated from Fostoria High School in 1965, then served in the U.S. Army. She had been a member of Trinity Episcopal Church in Fostoria. Cindy is survived by her beloved husband of nearly 50 years, Edward D. Stewart, also a Fostoria native, and three daughters: Edee Fuller of The Woodlands, TX, Lee Fuller of Tucson, AZ, and Melissa (Mark) Kincheloe nee Stewart of Phoenix, AZ., and grandchildren, Bayley Barnett and Liam Magallanes. Also, surviving are sisters Sarah and Ann Wolf, and brother Clayton Wolf, Jr. Cindy raised her daughters and later was employed for many years with The Fostoria Review Times, Van Buren School District, Nogales/Rio Rico School District, and the U.S. Transportation Security Administration before retiring. Cindy and Ed, and their youngest daughter, moved to the southern border of Arizona in 1990 where she enjoyed the desert climate, the culture, and her family and animals. Interment will be at Arizona Veterans' Memorial Cemetery at Marana with her immediate family. Dearest wife, mother, and grandmother, you will be so very missed and always deeply loved. Cindy’s family is forever grateful for the kind and gentle care she received from the dedicated professionals with Traditions Health. In lieu of flowers, please consider donations to honor Cindy Stewart at Humane Society of Southern Arizona, 635 West Roger Road, Tucson, AZ 85705, website hssaz.org/help/dona

The family of Cindy Lee Stewart created this Life Tributes page to make it easy to share your memories.

Send flowers to the Stewart family.